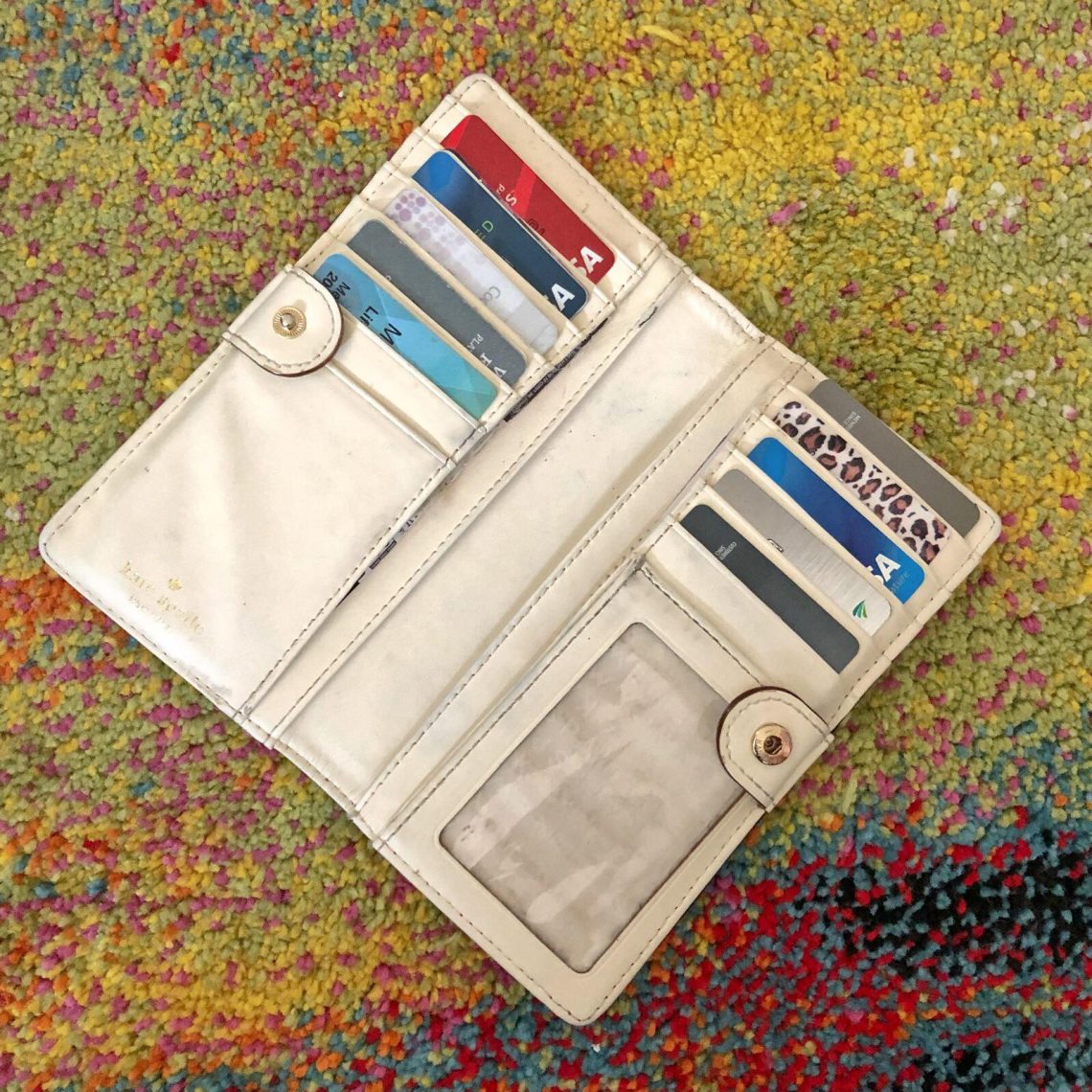 You can always expect some things to go wrong while travelling. Whether it be forgetting something at home or getting lost, these minor stresses can sure cause a traveler to panic. Well, on this last excursion, my husband Robb and I got to experience flying without an ID or license.

This was supposed to be an easy trip. Robb and I were travelling to Salt Lake City, the place where we met and resided throughout college to go to our good college friends wedding up in Park City. We have friends there. We have family there. No worries right?

Well, we were mistaken.

Don’t get me wrong. It all worked out just fine but these hiccups sure gave us a bit of a headache.

RELATED: How to Pack a Weekend in Just a Personal Item

It all started with a music festival. This trip just so happen to land n the same day at a big electronic music festival Das Energi at the infamous Saltair, which is located right next to the Great Salt Lake. Given that I have friends that work for V2, the production company that hosts this event, I’ve heard a great deal about this festival. Top it off, my new brother in law, Scott was already headed over and would help set up our night between lodging and rides.

With the headliner Kaskade, we figured it was a no brainer and bought our tickets for Friday night.

Well, my genius self decided to ‘accidentally’ break my phone prior to our trip. It didn’t matter too much since I am basically glued to the hip with Robb and would be able to communicate through him. It became a bigger problem when Robb lost his phone on the Uber drive to the event. Trying to keep positive, we simply kept a meeting place with Scott and enjoyed the night.

It was all fun and games until I reached into my purse, only to realize that Robb’s wallet was missing. Lo and behold, there was a series of pickpocketers on the prowl that evening hitting several festival goers for wallets, phones, and other valuables.

We did eventually fine the wallet in lost and found stripped of cash and his driver’s license. Since no credit cards or anything were taken, we figured someone might be trying to use it as a fake ID since Robb has a baby face although the thought of someone trying to play off as 29 when under 21 did make us giggle. Eventually, the Saltair did recover the ID and are sending it back to us in the next few days so no real harm done.

However, we did fly to Salt Lake and the thought of flying without an ID or license made us nervous. That and well, we were no longer going to have any bar adventures for the rest of the weekend. We were going to a wedding with drinks anyways so at least that problem wasn’t too big of a deal.

So, what should you do if you happen to be unlucky like us and need to fly without an ID while on vacation?

It’s actually not as big of a deal as you may think.

While it is frustrating and yes, you should definitely make sure to check your credit cards, bank accounts, etc. (which losing both phones made it a bit more difficult) there really isn’t too big of a reason to panic. These things do happen, especially in areas with pickpocketing problems.

TSA AND FLYING WITHOUT AN ID

When it comes to flying without an ID in the United States, TSA does allow it. In general, anyone over the age of 18 will need a government official ID. Here is what is considered a valid ID according to TSA.

But as the title of this story may imply, these documents could be lost or stolen and inaccessible during your trip.

It happens to anyone. Basically, you’ll just need other ways to verify your identification, whether it be credit cards, address, unofficial ids, etc. When we went, they asked for two forms of identification and put Robb through the full screenings, you know pat downs, etc. It also helped that he came with me, his wife, had previous boarding passes since this was the return flight and a student ID. In no time, we were past TSA and headed onto our flight, with our day of bad luck behind us.

So, if you find yourself in this predicament, here are a few tips that can help this go a lot smoother.

First things first. Make sure it is documented that you ID has been stolen. We filed a police report with the Magna Police force. Our stuff was specifically stolen so it is good to let the police know what is going on with your ID. This can also be helpful if people are tying to do something sketchy with you identification. It only takes a few minutes and it’s really easy so I do recommend not skipping this step.

Like I mentioned, we had to do the full package TSA screening since we didn’t have the official ID. Luckily, Salt Lake Airport was pretty empty on Monday morning but this may not always be the case. Give yourself the extra time for the full screen. We usually arrive a couple hours before flights at Denver International but depending on where you are, you may need more time.

BRING AS MANY UNOFFICIAL FORMS OF IDENTIFICATION AS YOU CAN

They asked us for two forms of identification which luckily, we had. We had both his old University of Utah license as well as a plethora of credit and debit cards. This made it easy for us to get through the first part of the security check point so he can get additional screenings.

TSA may ask questions to help confirm your identification. This includes your current address, phone number, vehicle information, or questions about your social security. Just make sure you are prepared and know how to answer these kinds of questions. Honestly, you should generally know these things as an adult anyways.

I know this is not the most fun tip ever but let’s be honest, the best way to prevent this from being an issue again is to learn from these mistakes. For one, utilize anti-theft measures while traveling. Keep valuables in a lockable case or in one of those money belt things to keep it secure. I get it. We were visiting a town I lived in for 8 years and didn’t think it was necessary. Oh well. We live and learn.

Also, especially when in comes to international travel, make copies of your identification (passport and such) in case this happens again. It’s a bigger headache when this happens to your passport so make sure you are prepared for the worst.

Have you ever had the joy of flying without an ID? What did you do to solve this? I’d love to hear your story and hear about your tips on flying without an ID in the comments below. If you enjoyed this story, please subscribe to my blog for more stories and tips to make your next adventure one to remember. 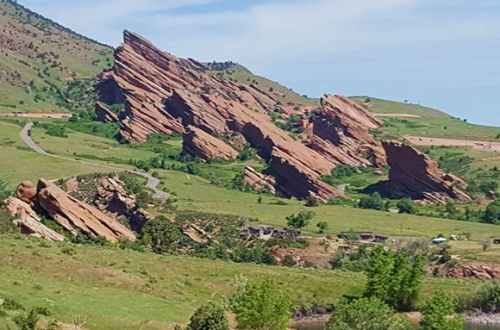 Red Rocks Amphitheatre: How to Survive your First Concert 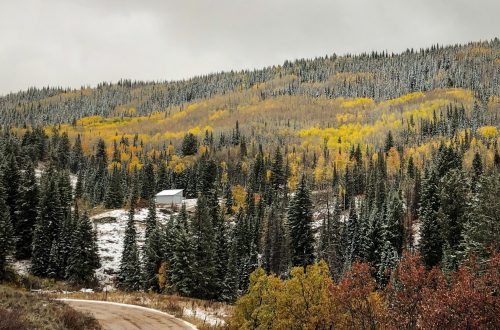 Why you Should Visit a Ski Town in Fall 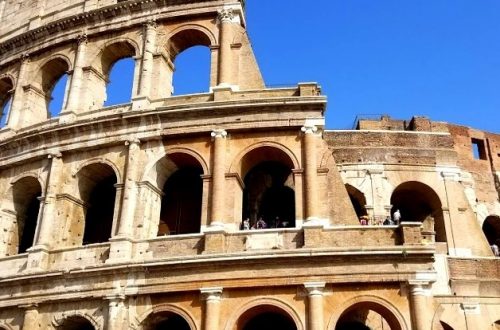 How to do Rome in One Day

Melanie Young | #Denver travel blogger with a passion to adventure to new places and explore the #outdoors. #nature #colorado #travel

My favorite pic of me from my Crested Butte campin

I mean who wouldn’t be obsessed with this view?